Automation is achievable with most tools providing the tool is able to execute batch (*.bat) files over the command line.

And, being part of SQL Server and Visual Studio, it is perpetually free.

Where do I get SSIS and What will it cost me?

First off, SSIS is a perpetually free tool, which can either be included as part of the Free Microsoft Visual Studio or Microsoft SQL Server.

We don't use SQL Server, can we still get SSIS?

Yes, but you will need to procure a copy of Microsoft SQL Server in order to get the tool.

But, you do not need to consider migrating to your data platform away from your current vendor. I tend to suggest installing a copy of the perpetually free Microsoft SQL Server Developer Edition.

Read the installation guidance here: Get SQL Server and ensure you follow the notes for SQL Server Developer Edition

The Developer Edition can be installed to a server, although it is severely limited on the amount of accessible cores and memory as it is by design, for development and test purposes; although the limitations still provide more than enough compute power for ETL packages.

Whilst the install is a fairly straightforward process, I recommend that you follow the Microsoft guide here: https://docs.microsoft.com/en-us/sql/database-engine/install-windows/install-sql-server-from-the-installation-wizard-setup Just ensure that when you reach the Feature Selection page that you check the boxes for Integration Services: 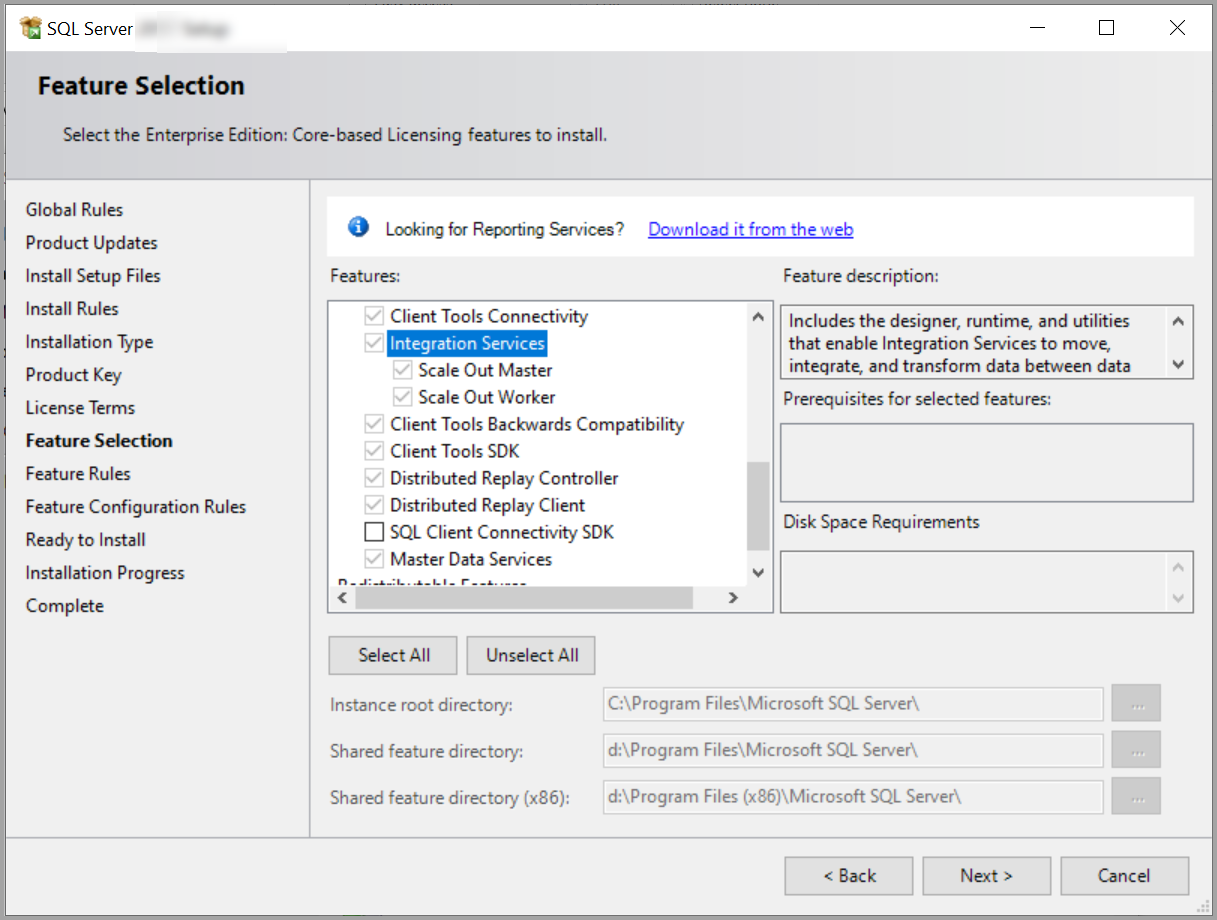 Once you have installed SQL Server and SQL Server Integration Services using the SQL Server installer, you can now install SQL Server Data Tools which will also install a free instance of Microsoft Visual Studio

And then simply run this installer

You should now be all set for automating Tableau Server.

As I explained at the beginning of this article, you are free to use whichever tools you prefer to work with.

My preference is SQL Server Developer Edition and SQL Server Integration Services; both being commercially free is a great help